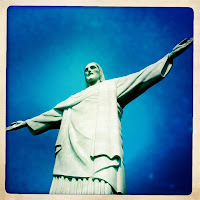 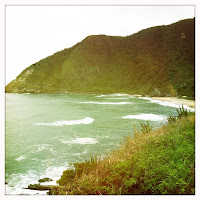 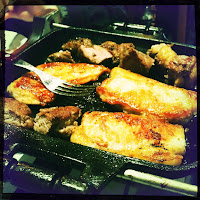 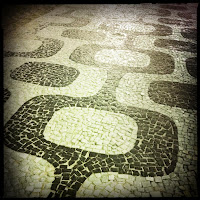 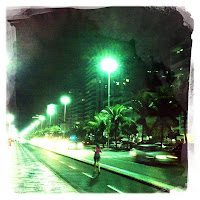 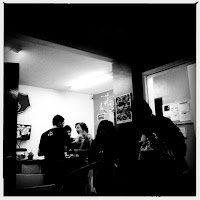 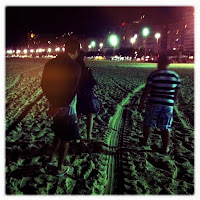 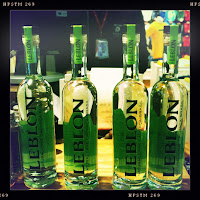 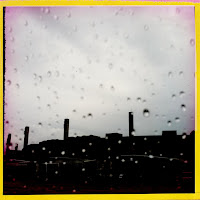 Jacq must be on her way back to the Philippines now. It’s been two weeks since we had our trip to Rio with Mike and Daryl. The Brazilian adventure was primarily conceived to compensate the Buenos Aires trip that Jacq missed. Planning was both financially and emotionally draining though. I don’t want to detail everything. Let’s just say that it’s gone through the eye of a needle, something that reaffirms the camaraderie we built here for the Uruguay project.

From Montevideo, we took a direct flight to Rio through Pluna (www.pluna.com/). Before, a stop-over at Sao Paulo is a must and that could mean more expensive and time consuming. Round trip ticket ranges from $400 to $600, depending of course, on how early you’ve prepared for the trip. Though Brazil is just on the East of Uruguay, it is still a big country and Rio is in the other coast. Philippine passport holders like us do not need a visa there so we didn’t have anything to worry about on that department. As per experience, looking for a place to stay that is within a reachable budget is far more frustrating than the rest of the planning. When we checked out website like bookings.com, there was a notification that says “900 hotels, zero availability” or something like that. We’ve been searching for a place to stay for like a couple of days. Then we started Googling with “hostels in Rio” and started doing reservation by accessing the hostel website directly. That one worked and we ended up at El Misti Rio Hostel (I love the wordplay) in Copacabana (www.elmisticopacabana.com) which charges Brazilian Real (BRL) 35 or PHP 810 per person a night in an 8-bed room. In our case, we had three nights of stay. That’s from late night Friday up to Sunday and left Rio on an early Monday morning.

Everything went smoothly except for the 45-minute delay on our flight. That means we needed to contact the hostel to inform the driver who’s going to pick us up (BRL 60 or PHP 1,400 as mentioned in the website). The hostel, by the way, quickly replies to email inquiry, either in English or Spanish. When we arrived in Rio (Galeão-Antonio Carlos Jobim International Airport is pretty much the same as Guarulhos International Airport in Sao Paulo but simpler), we saw this girl from El Misti Rio waiting for us with a sign that says “Charles” and nothing more. We were close to getting an airport taxi but we decided to ask the girl if she, by any chance, is waiting for us. She called the hostel, got back to us and agreed. Then she headed to the waiting area and a car arrived. The driver happens to be the girl’s father and asked them if they can just charge the hostel since we didn’t have Brazilian real yet that time. It has to be noted that the money changer stalls in Terminal 2 close at midnight and I remember one staff saying that we should visit Terminal 1 instead. It would be good if you have your local currency ready upon landing.

(Scenes from our arrival, left to right: directions in Portuguese, arrival area and my first glimpse of downtown Rio)

The trip from the airport down to the city center is an experience on its own. I can say that it’s one of the beautiful airport-to-downtown trips I had in a while. I had to open down the car window to experience my very first Rio de Janeiro atmosphere. Mike said that the driver smiled when he saw the fascination in me. Streetlights along the elevated road (just like our Skyway) are yellowish, painting the houses and the mountains at the side a bit unusually melancholic and poetic. Residential area near the airport looks crowded and packed; something that you don’t want to visit at night. Then came a long dimly lit but wide tunnel (check out the video here). This prompted me to realize that in order to build a city out of mountainous Rio, tunnels had to be holed up. After the tunnel, you know that you’re already downtown when, from a far, you see this lighted tiny little Jesus on top of a mountain. It gets greener and the sea breeze is easily recognizable. More pictures of the arrival here.

We stopped in a well lighted road called Rua Tonelero (in French, street is “Rue”). It’s a bit empty during that time but it looks very safe. We had to doorbell the hostel, which you won’t easily recognize as there is no neon lighted sign outside of it. It’s like camouflaging from enemies. The receptionist that time named Moreano (or something that sounds like it) welcomed us. He settled our pick-up fee by changing some of my USD with a rate that is reasonable enough (good to have an Oanda currency converter iPhone application handy). Then he led us to our room at 202 which is good for eight travelers.

The room we had, when we arrived, was messy. Big backpacks on the floor, some wet beach wear hanging somewhere, etc. We knew that we’re sharing with four others which we haven’t met yet that time (probably they were out to party) but we had no idea which beds were ours as almost all of them looked used. Moreano then decided which is which and we fixed it. Jacq took the upper bed near the light switch and Daryl was beneath it. I took the lower bed adjacent to it while Mike took the other lower bed opposite mine. We had a quick settling in like having a toothbrush and securing our own stash just beneath our bed. The lock I brought is keyless so I don’t need to worry where to keep the key when sleeping.

Check out more pictures of the hostel and the area here.

Just when we’re about to wake up at 6am (after less than four hours of sleep), four guys (on their early 20’s perhaps) started to arrive. They were drunk and I heard them complaining about us taking one of their beds. This was settled the next day and we Team Pinoy used all the lower beds (they came to the hostel first anyway). The accent tells that they are from Australia. In an instant, they undressed and grabbed their own bed. One guy had a girl with him and they shared one small bed. The other guys were teasing them. I grabbed my red backpack and headed to the common toilet/bathroom (in our floor alone, there are two and both are just two or three steps away) to signal the start of Day 01.
Posted by Manuel Pangaruy, Jr. at 7:06 PM