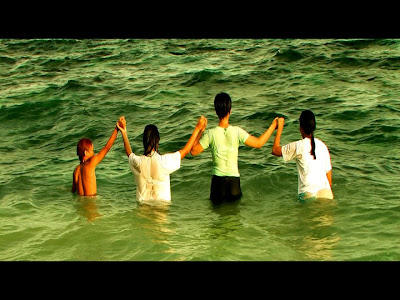 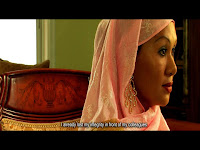 Trip to Vinos (of Bodegas Carrau)

This has been planned since last year. We thought that we’re running out of things to conquer here on a weekend like we’ve been to Colonia a thousand times and the wintery weather hinders us from visiting Punta del Este. Trip to a vineyard/winery is a good idea. Uruguay is also a wine country and most dinners we had were accompanied by vinos. Needless to say, the problem is that we don’t have much access to where-to’s here. We almost availed of one winery tour that we found on the net but another dear officemate suggested something else. He said that the wine and food are orgasmic.

The 3rd Festival del Tannat y Cordero in Bodegas Carrau satisfied our thirst. It’s a not-so-formal feast of tannat (a type of grape which Uruguay is very good at fermenting) and lamb (they claimed that they are also good with this meat variety, not just with beef), not-so-formal in a sense that it’s almost just nominal. A ticket costs UYU 800 (or roughly PHP 1,800) which we paid at Red Pagos (something like a Bayad Center). According to Ana Laura of Bodegas Carrau, who was very accommodating from our email exchange and in personal, a limit of 80 people was set for the event.

At a little past 11 in the morning, we were already heading to Avenida Gral. Rivera by cab and from there we took Bus 468 heading to La Paz (one-way ticket costs UYU 18 or PHP 41). The winery is located in the outskirts of Montevideo and it took us around 45 minutes to reach the nearest bus stop along Avenida Gral. Garzon (just opposite of Nordex).

We came 20 minutes later than the schedule on the ticket. Good thing that it was still assembly time. A few more minutes passed and it was announced that the mini-tour to the winery was about to take place. It was a guided tour in Spanish and it was a relief to see our dear officemate there to help translate some of the info. We passed by a series of containers for fermentation, then a machine for bottling then down to the old age storage. It’s filled with barrels and only a handful of lamps light the place. In one section, only candles are put up, giving a romantic/creepy atmosphere.

The food and wine festival officially started when we went back to the hall opposite the bodega. A lamb pizza al horno greeted us with a bottomless Reservas Tannat Rosé "Saignée". The main dish was divided into three stations plus the dessert:

We were reminded that the wine being served has a level of strength. The higher the station you get, the stronger your wine gets. Pretty much we can attest to it. When we were done with the second station, we were already under the wine spell, talky and brave. Talky to a point that we were vocal that we missed the Irish stew, which, we believe, was the gastronomical highlight. And brave to a point that Pao didn’t mind dancing with the gorgeous tango dancer and being a willing interviewee on national TV. He won a prize, by the way, in the raffle.

As for the food other than the stew, everything was mouth-watering. We have to agree that it’s orgasmic. Just a note, too, that they served dessert wines. The difference is that it’s obviously sweet as a candy. Aside from three dashing tango numbers, having a warm chitchat with the Carrau children and the raffle on which they gave out bottles of wine, a lady volunteered to render some aria pieces. That sealed the day. As Pao has put it in a tipsy way, everything is surreal.

The rest of the pics here and some videos here, here and here.
Posted by Manuel Pangaruy, Jr. at 8:27 PM No comments:

In a nutshell, this is difficult to describe. Let’s just say it’s about a group of young girls who are trapped in an asylum. On their attempt to escape, a big amount of strategy (and imagination) should be in place. It’s been a while since I last saw a high-concept movie. If this is categorically a popcorn film, this should be the one with extra dip on top of the usual artificial flavoring. I got alienated at first but once you get the hang of it, you’ll probably enjoy it (though a part of me is wishing to see the dance sequences). Visuals are in place just like the rest of Zack Snyder’s filmography and the redeeming value in the end surprises some punch but that’s about it.

This is Charles Ferguson’s documentary narrated by Matt Damon that tackles the root of the 2008 recession in the US. It starts with an impacted case in Iceland then it discusses how it all began in the US and what could have been done to prevent it. The film is mostly capped with interviews of the filmmaker with economists, people who deal with stocks, industry observers and some from the academe. From somebody who hates economy as a topic, I appreciate this some sort of Recession 101. It even has a short glimpse of our headquarters in the US in the part that mentions about thriving IT companies (which can be taken perhaps as an allegory). The best segment for me, the most memorable one, is the last few minutes of the film that mock Ivy Leaguer Economics teachers who were part of the fall. It’s just saying that the blame should not be in the government alone but should also be assaulted to those holier than thou professors who moonlight as advisers.

Friends who might appreciate it: Those who still have 8-to-5 jobs.

Note to self before heading to the cinema: Kenneth Branagh directs this superhero movie. And for most of us who know Mr. Branagh, aside from his take at “Frankenstein” during late 90’s, he is very much associated to Shakespeare. Having said that, the scenes involving Greek mythology in Thor’s introduction to mankind shine the brightest. Its politics, as well as betrayal and deceit, is well executed on screen (thanks to the supporting cast like Anthony Hopkins, Tom Hiddleston and even the not-so-busy-these-days Rene Russo). It feels like a stage play at times. As for the scenes that should depict what a superhero movie should be, it’s surprisingly enjoyable (specifically the one involving the destroyer, so comics). The only drawback from me aside from Chris Hemsworth’s cold performance is the love angle between Thor and Jane Foster (Natalie Portman). It seems forced and should be given more room to grow and kick.

Friends who might appreciate it: Those who expect MC Hammer to show up during the fight scenes.

Aside from the early buzz that this is the best of the series and for peer pressure, I could have skipped this franchise (same thing with what I did with the third and fourth installments). But what the heck, it’s a popcorn film trying to be a popcorn film and it’s definitely not trying to be critically acclaimed. Flawed but everybody knows Hollywood so no regrets here. Justin Lin did his best to inject adrenaline rush (and testosterone) and I think it’s a success in some parts. Rio de Janeiro provides a complimenting backdrop to this sweaty action film of car chases, robbery and guns. With that alone, the movie is worthy of an after-office extra time. This probably makes a good companion for caipirinha.

Friends who might appreciate it: The tourist in me who wants to see the favelas.

Set during the Great Depression, this love story tackles the struggles of undergraduate Jacob (Robert Pattinson) as he falls in love with the circus manager’s (Christoph Waltz) wife named Marlena (Reese Witherspoon). I don’t know exactly what’s wrong with the film in the same way that I am not sure why I don’t like it either. It’s got a cast who all can deliver and the production design to recreate a wandering circus is unexpectedly charming. I don’t mind seeing Robert Pattinson sharing scenes with the likes of Oscar-decorated Ms. Witherspoon and Mr. Waltz. It’s actually a welcoming treat to those who easily get irritated with “Twilight” and all its sequels. My guess is that the delivery maybe too elementary and too obvious (talking about nuances, direction and script-wise). It could have been atypical if it’s more subtle and, well, more “boring”.

Friends who might appreciate it: Those who believe that animals also deserve an acting recognition from the Oscars.

If you’ve seen the first installment, it’s pretty much the same banana. Only this time, the gang is trapped in an Asian sin city. It’s predictable but definitely nuttier than the original. Todd Philips tried to inject some Farrelly Brothers humor and it’s successful in most parts (ironically, Farrelly Brothers’ last film “Hall Pass” has some shades of “The Hangover”). Good to see Paul Giamatti here; always, always a treat. I might spoil the fun if I mention about the other amusing surprise. Let’s just say you better finish the film regardless if you already know how the alcohol is going to fizzle.

Friends who might appreciate it: Safe bet: those who have been to Bangkok.

Some of the installments of this movie are not that easy to write about especially the synopsis. This one is simpler and easier to digest. It’s about three ships trying to race its asses off to conquer the so-called fountain of youth. Rob Marshall’s take-over could be the culprit (but they probably replaced the writers as well). Even Johnny Depp’s Keith Richards impersonation is starting to wear off. There are two things that could salvage this latest franchise: the scene with the mermaids and the collaboration of Hans Zimmer with the guitar duo Rodrigo y Gabriela to provide the musical score.

Friends who might appreciate it: Those who wish to see the real and reel Keith Richards. Again.
Posted by Manuel Pangaruy, Jr. at 7:47 AM No comments: