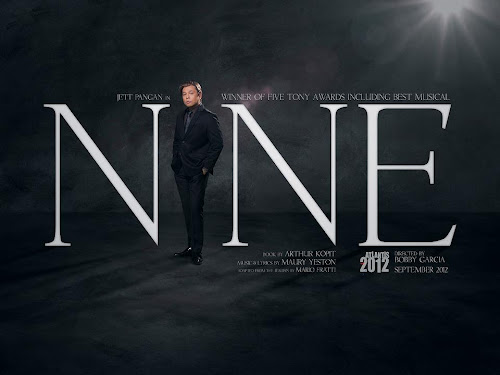 Exactly a week after the news that my onsite assignment will be cut short, the spring wind blew divergently and decided to keep me for another month or so. Well, as I have mentioned, it’s in the job description and that I am just a consistent, so-so foot soldier. Anyway, part of the cramming that the first announcement has brought me is a trip to visit a dear lunch mate back in Manila office named Ruth. She’s now based here in the Netherlands and it would be a pity not to pay her a visit in Eindhoven in the southern part of the country (she’s pregnant, by the way). Plus, there’s this weekend train ticket, a ride-all-you-can type that I have to use on any given weekend.

Josh, who’s also temporarily based here in Apeldoorn, joined the trip. We met up at the train station on a rainy 7am. There’s a railway repair of sort so we had to endure some extra time to reach Amersfoort by bus (particularly provided by the train company) and just transfer to another train to Utrecht from there. No roadblock whatsoever along the way other than it’s really a long trip (clocked at more than two hours). Ruth, who remains petite on her 6th month of pregnancy, welcomed us at the train station in Eindhoven. I also finally met her husband Horyin and her friend named Maricel (who was sent by her boyfriend to the station). From there and with some sandwiches and bottled water on board the car, off we went to our road trip.

We crossed the Dutch-Belgian border after an hour and some minutes. Though I realized by then that I left my passport at the hotel in Apeldoorn, and thankfully nothing crazy happened along the way, it was fun catching the border signage on camera while the car was speeding. Horyn said that we can be fined if we stop in the emergency road without a valid reason. Usually there’s a sign that bears the EU logo with Belgium (o Belgie) on it announcing that the actual border can be reached in a kilometer (enough distance to ready the gadgets). Someone joked that you can feel the difference that you’re outside the Netherlands already if the road becomes bumpy.

Our first stop is a small town that claims to be the smallest in the world. Wikipedia says otherwise but thanks to this endless dispute on how you can really measure a town (by population, by size or a combination of both?), Durbuy deserves to claim anything. In terms of small roads and turns that we took, it doesn’t seem to be easily accessible by public transport. It is indeed small and it is charming as it is. There’s a big rock formation in one end, there’s a castle in another, then some bars and restaurants, and old houses in between. The first thing that we did was to have lunch at La Brasserie Ardennaise where I had the most sumptuous pasta I have ever tasted (I believe it’s an “a la chef” dish) complimented by a not so hefty serving of a local white beer aptly called Durboyse Blonde. It’s definitely a good start. We spent another hour or two exploring the town, walking past the castle and crossing the bridge over the Ourthe River. I wanted to visit the Topiary Park but the tribe decided to skip it. That’s pretty much about it in Durbuy.

From there, we rode back heading to the direction where we came from and made a full stop at Liege, also in Belgium. Contrary to Durbuy, it’s a giant city and a very busy one. We parked right in the middle of a plaza, opposite the Galeries St. Lambert which houses some ubiquitous shops. That was around 4pm already, I believe. We took a map from the nearby tourism office after visiting a paid toilet in the mall and headed to the historic route. Since our time is limited, as Josh and I still had to go back to Apeldoorn, we didn’t linger much and just chose to conquer Montagne de Bueren which is around 15 minutes from the plaza. I wasn’t very sure why I decided to take the 406-step challenge but it was both tiring and fulfilling for someone who hasn’t done an exercise for a while. It’s quite similar to the grotto in Baguio except that there’s no religious figure whatsoever at the top. In fact, it’s a residential area for those who probably don’t need to enroll in a gym. After that, we headed back to the plaza and merited ourselves with a serving of (Belgian) waffle at Marie’s (a place we just discovered based on the suggestion of two local police officers). I got my waffle with chocolate in it and the muscle pain caused by the surprise climb suddenly disappeared.

The last leg of the road trip was spent in Geldrop back in the Netherlands, around 15 minutes short to our Eindhoven train station. A neighborhood there is a bit infamous for streets named after the characters created by JRR Tolkien. The main one is called Laan van Tolkien for the man himself. From there, you can find street names with the likes of Arwen, Galadriel, Legolas, Gandalf, Frodo and Aragorn. There’s even a primary school called De Hobbit and a cemetery can be found along Saruman St. It was slightly raining and Josh and I had to run and catch as many streets as we can. Horyn was kind enough to make a short stop if we find anything novel (pun intended). It’s usually accompanied by a review question pertaining to the Middle Earth.

At 7:30pm-ish, Josh and I had to say goodbye to Ruth and Horyn and Maricel in a spot where we all met for the first time. It was one hell of an emancipating road trip, biblical at some point, a mix of catching up, gossiping and some serious analogy of the IT business in Manila.

The rest of the Durbuy pictures can be found here, Liege here and Laan van Tolkien here.
Posted by Manuel Pangaruy, Jr. at 2:10 PM No comments: