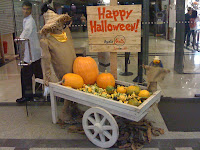 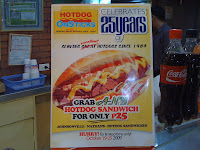 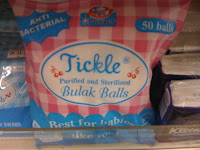 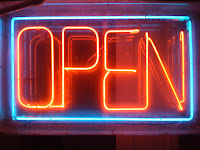 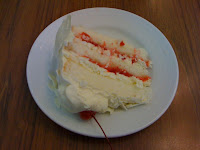 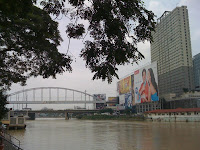 1. Happy Halloween! I took this photo roughly two weeks ago at the entrance of Glorietta 4. Got nothing more to say;

2. P25 Worth Hotdogs. The poster says it all. It so happened that there was a stall in the Market! Market! cinema area and it came handy when I was trying to theater-hop;

3. Cotton Balls. Just got fascinated with the newly coined words: “Bulak Balls”. Sounds like cutting classes to me;

4. Riverbank. There’s something therapeutic in watching a serene river. It’s like everything is alright and no harm is in sight especially after the metro’s recent bouts with typhoon Ondoy. Very, very reassuring;

5. White Forest. I was amused with the idea that Black Forest has a conterpart. And why not? White chocolate is a pleaser but I kind of miss the brown chocolatey taste of the original version;

6. Up Until 5am. It’s been a long while since I went to a weekday gimmick that lasted this late. Read: Saguijo before midnight then videoke at Top Grill until dawn. I thought I couldn’t make it to the office after two hours of decent sleep but I did. And with flying colors! As always, the most difficult part is the afternoon and I couldn’t have my coffee fix;
Posted by Manuel Pangaruy, Jr. at 11:23 PM