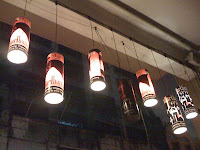 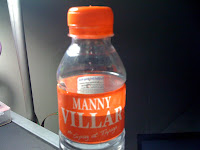 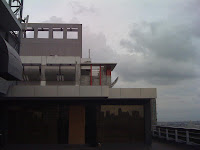 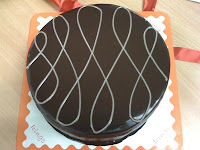 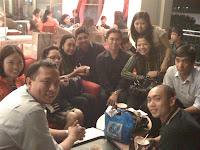 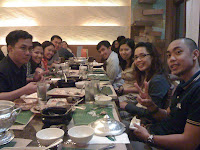 1. Marlboro Lights. These lamps were spotted at 360 Restaurant and Bar in A. Venue. I was with Jaejay and friends then. They were having a hearty dinner (after a basketball event) and, for diet’s sake, I can’t eat;

2. Villar Water. I attended one event in Las Piñas that had me drink a bottle of Manny Villar drinking water. This is an indication that election fever has arrived. Here’s hoping that the plan to have Willie Revillame as Villar’s running mate would not materialize. I’ll just drink a gallon of his water if needed;

3. Net Square Rooftop. Taken during the TFC photo op. I’ve been a tenant of the building for roughly three years now and it was my first time to see the penthouse. Nice experience;

4. Lunchmates at Banana Leaf. It was a meet-and-greet dinner with ex-lunchmate, Ruth Tañedo. We missed Socs and Ben but just the same, we had fun. Not to mention that food (Hainanese chicken, bah kut the, etc.) is great;

5. Lunchmates at Red Mango. Dessert time! I had a small serving of frozen yoghurt with mango, almond and crushed Oreo. Though it remains healthy, this served as a reward for my ongoing diet;

6. Birthday Cake. I was a bit surprised when the cake was handed to me by Iam and Neo. You see, energy was down because the TFC launch just wrapped up, it was close to dinner time and most people in the area were gone. So, whoever you are, thanks for the sugarfree cake. I really appreciate it;
Posted by Manuel Pangaruy, Jr. at 6:28 PM