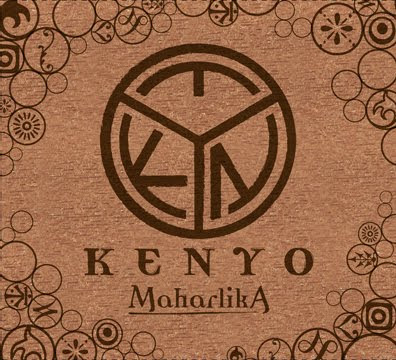 PERSONAL NOTE: Below is some kind of a press kit info from the band Kenyo. Just doing a favor.

Smooth and composed yet coarse and frenzied, sophisticated yet vulgar, safe but dangerous, familiar but somehow different - this is the kind of music generated by the band KENYO.

The band is made up of Mcoy Fundales (vocals/guitars), Ace del Mundo (guitars),JM del Mundo (bass guitars), Cleng Ocampo (guitars) and Ariz Villalon (drums/percussions). They all hail from Bulacan (a province just a few miles north of Manila, Philippines). Kenyo is short for "Bulakenyo," which is what people from Bulacan are called.

Formed in 2008, KENYO's potential was immediately recognized that it was soon signed under major label Universal Records, Philippines. They released a trippy-musical scrapbook of sorts in their first project album called RADIOSURFING that spawned the hit songs "Sana" and "Ayoko Na Sa 'Yo". This project also led the group to a successful tour of the United States, in the state of California, on September of 2008.

KENYO recently released a new album called MAHARLIKA. This time, the group writes and dishes out original music filled with zest, their own special sound and poetry.

KENYO's affinity towards the sweet sound of the past, pop sensibilities, honest lyricism and edgy musical approach makes the band a thrilling experience on its own.

INSPIRATIONS AND STORIES BEHIND THE SONGS FROM MAHARLIKA:

Album sampler can be found here.

1. FILIPINA - A melodic ode to the timeless beauty and grace of Filipinas everywhere for they are the true pearls of the Orient.

2. TADHANA - Sing along with this tune on how Fate and Destiny sometimes poke fun at us.

3. HANGGANG SA MULI - A song written literally inside the airport while the band was waiting to board as Mcoy witnessed a couple who were exchanging, a seemingly endless, farewell to each other. This song is also a testament to the sacrifices one has to endure in order to fulfill his dreams for himself and his loved ones even if it means being distant from home.

4. SIMULAN NA NATIN - When longing bursts out a tune, you just have to groove. For desire and intimacy can't seem to wait. Hi C (formerly of Dice and K9 fame) spices up this track as she shares vocal duties with Mcoy (a first time collaboration with the band).

5. WISH ON A STAR - The boyish days of star gazing and wishful thinking are remembered in this syrupy track.

6. KALAYAAN - An anthem yearning for freedom. This song aims to woe liberty if she is personified. The track will be used as theme song for an upcoming indie-film locally produced and filmed in Bulacan.

7. MEANTIME GIRL - Inspired by an online stranger who simply calls herself "meantime girl". This is an interesting ballad of a girl who blindly accepts her role in a relationship bound for no one knows where and for how long.

8. STRONG MAN - The strongest, the bravest, the invincible and the unyielding will still be vulnerable. In a game called love, everyone has his match.

9. SOMEONE FOR YOU - Co-written with Elmer Dado (formerly of the band Polyester). A positive and hopeful song suited for these trying times.

11. ALAY NA ALAALA - An offering and theme song from the docu-film, The Forgotten War, which tells about the stories of unsung Filipino heroes during the Korean War of the 1950's.

12. HANGGANG SA MULI (Akustiko) - A stripped down and intimate version of the album's carrier single. A fitting close to an album worthy of another spin.