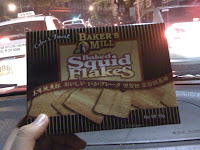 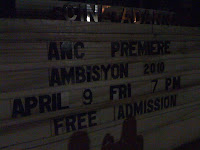 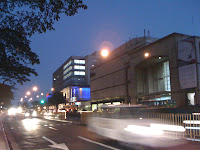 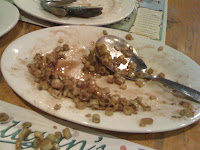 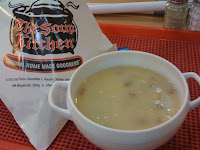 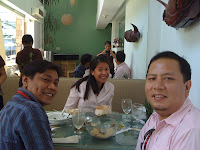 1. Squid Flakes from Cebu. Got this yummy pack from Pipe. Taken on a cab while on my way back to the apartment. Obviously, I can’t resist it so I grabbed the chance to take a picture of it first before munching it out. Best squid flakes ever? You bet;

2. Cine Adarna Again. Aside from the experience itself, what’s more memorable is that I saw an officemate in the audience. I’m not sure if it has something to do with the two X-ed films but the MTRCB hullabaloo is surely making a good advertisement. That scene with a newspaper highlighting PGMA’s face is both disturbing and freeing. The audience clapped in amazement;

3. Ah, Ayala Malls. I always remind myself that if there’s a mall that I can call home, it must be Glorietta (and it’s neighboring Greenbelt). First, I was about to invade college then when my brother brought me to the mall on its opening/launching week. It was a weeklong celebration of big time concerts and the like. The experience of hitting the Glorietta cinemas for the first time is priceless. It was the dawn of state-of-the-art mall theater evolution. If my memory serves me right, the year was 1993;

4. Xen Time. Just like our once-in-a-blue-moon lunch outs, it was well spent with funny stories (at least, for us, it’s funny, hahaha) and good food (this one’s at Sugarhouse at Burgos Circle in The Fort). Xen, by the way, is the reason why I joined SPL;

5. Soup Kitchen. I ordered this from the RCBC Plaza branch. What happened to their Glorietta store? As expected, their comfort food remains king;

6. Kangkongkernitz! Brought two friends from New Zealand/Australia in Giligan’s Island and had them try a plate of adobong kangkong (plus sisig and baked tahong). I think they liked it. I got a big almond chocolate bar in return. Swell!;
Posted by Manuel Pangaruy, Jr. at 8:41 PM