Holly Golightly in "Breakfast at Tiffany's" 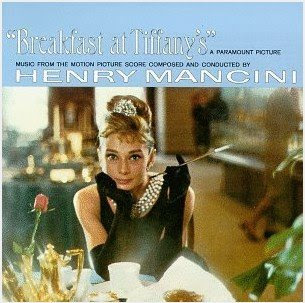 The woman in this film has another face, somebody who can get rid of the past and get rid of it with a bang. She found her new self, literally and figuratively, in front of Tiffany’s (in case you’re not aware yet, a jewelry shop) along 5th Ave in New York having sandwich for breakfast. She’s a kick-ass and will do anything to meet her dreams face-to-face. She reminds me of Brigitte Lin in Wong Kar Wai's "Chungking Express" (but I guess it should be other way around). The very frame of Audrey Hepburn wearing her famous little black dress and pearls while window-shopping describes what the film, her journey, will be all about.

She met a guy. She partied. She flirted. She hushed a Japanese neighbor. She was revisited by the past. She got away with it. She earned not so decent money. She fell in love. But she was lost and decided to marry a wealthy guy. She was dumped. And she kicked her cat (generically named “cat”) out of her apartment. She got her control back. She fell in love. And she got her cat back.

I thought that “Breakfast at Tiffany’s” is your usual kilig film, a chick flick, a Star Cinema movie of the era. What I had was a talky film, starring a really pretty actress named Audrey Hepburn. I can imagine that the original Capote novel could be dark and less glossy (thanks to his “In Cold Blood” and the film bio starring the great Philip Seymour Hoffman) as compared to the film adaptation. Maybe at some point, Hollywood has already romanticized the material but, for sure, the film remains cerebral at times.

Aside from the happy ending, the only other tender contribution of the film is Henry Mancini’s “Moon River” score/theme song. But what’s the connection between the Mississippi River and New York City?

On a side note, I have to commend Power Plant Cinemas for coming up with a unique and timely mini-film festival. Hopefully, this is just the first of a series.
Posted by Manuel Pangaruy, Jr. at 7:18 PM