Hanna Schmitz in "The Reader" 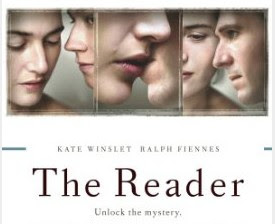 The film mirrors a woman as an object of affection of a young man in war era Germany. She may not be intelligent (she is illiterate, to be exact) but she knows how to make her man’s summer to be the most memorable one. I have to note that the film is not exactly spotlighted to the woman. It’s a coming-of-age film, particularly about a boy who found love on his teenage years and the impact of the unlikely relationship to his life. Movie peg in mind: “Malena”.

To acquaint the audience with a story that ranges a wide timeframe, “The Reader” is told in episodes. First part is an unusual boy-meets-girl stage. Most of it are R18-rated, something that would remind mainstream viewers of Kate Winslet’s sketching scene in “Titanic”. The second part is seen as the boy’s college years (he’s now studying law). This is where he was reunited, though from a far, with his ladylove who is now an aging woman. Kate Winslet is being tried for participation in mass killings during the Nazi period.

There are a lot of things to like about the film. Even the R18 scenes are done tastefully and very integral to the story. There’s no way the MTRCB should mess up the film. The gist of a coming-of-age film is also evident, a reminder that “first love never dies”. Then there’s the great Kate Winslet who hands down deserves to win the Oscar race for Best Actress. Never mind the full frontal but her rendition of the aging character being tried is for the books. Meryl Streep is also good in “Doubt” but my heart goes to Miss Winslet.

Just this afternoon, I happened to browse the latest issue of Time Magazine with Kate on the cover. The feature title reads “Best Actress”. It goes on to explain why she is the best actress of her generation. Hopefully, the Academy agrees with the article.
Posted by Manuel Pangaruy, Jr. at 11:34 AM