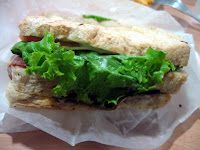 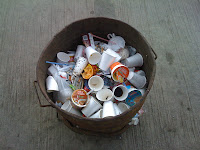 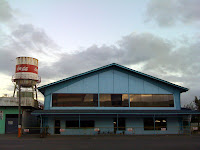 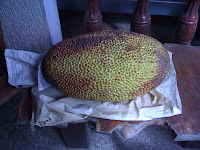 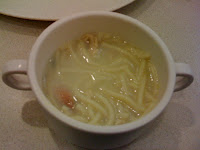 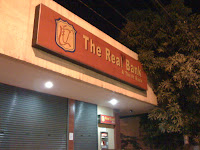 The most dreaded month (hahaha). Ito lang ‘yung month na may excuse ka na maging cheesy at corny about love. The Kapuso Month, so they say. But what’s wrong with love? Puwede namang love for the planet of love for movies. Maraming forms (yeah, right). The most difficult part is when asked who’s gonna be my Valentine. Which leads to another question like “May girlfriend ka na?” And when I said, “No, wala.” Next is “Tamang tama, may irereto ako sa ‘yo.”

A friend said that it’s unethical to ask “May asawa ka na?” I have to agree. Well, here in the Philippines, it’s not really a taboo. But for other countries, being single or married is not an issue so long as you’re doing your job well. Tsaka marami pang mas dapat problemahin like Gary Granada’s case against the GMA Kapuso Foundation (hahaha) or whether it’s agreeable that bikini is the greatest invention ever.

But what the heck. Matagal pa ang Feb 14. May apat pang movies this week na kaabang-abang (Milk, Doubt, Seven Pounds and Marley & Me). And the previous weekend was a nice blend of almost everything:

1. Explored not another Anton Blogs entry (read: “The Sandwich Guy” at One McKinley Hill) with lunchmates (Iam, Ge, Allan, Pipe and Hubes) last Friday. I had TSG Bigtime with roast beef, bacon and pepperoni. That’s for 110 bucks only. A cheaper and equally yummy alternative for Oliver’s;

2. Had dinner with a new set of peeps (Chochoy, the man, included plus Jonard and Cher, Jaejay, Becca, Joey, my cabmate, and Mel F, the Facebook newby) at Cibo in Greenbelt 5. The shrimp pasta was good (and expensive!) but we were not luxurious with time then as we had to catch “Australia” after 15 minutes of dinner;

3. Reached Greenbelt 3 from Greenbelt 5 in whopping eight minutes (thanks to the secret elevator at the side);

4. For the record, I had to note that that was the first weekend for a long time that I was at total peace. There’s this thing called “patching-up” which happened during the midweek (a-ha!);

5. Travelled to Lopez at 3am, complete with my favorite vendor food like bibingka in Laguna area (San Pablo or nearby town) and the grilled banana at the Atimonan port;

6. Caught Lucena Grand Terminal at dawn again. The mood is just different, an ode that I will be home in two hours;

7. Feasted at home food (pork barbecue, mangoes, longanisang Lucban and my mom’s fried rice), enough said. A big langka fruit at the terrace greeted me. I wonder what it was doing there;

8. Withdrew money from The Real Bank. Yes, that’s not for reel. You can find it along Makati Ave, near JP Rizal;

9. Disappointed for not finding a copy of Rogue magazine with Angel Locsin as the cover girl. I even mall-hopped from Glorietta to Robinsons Galleria but it wasn’t really my day. I ended up being comforted by Kenny Rogers Roasters’ chicken noodle soup; and

10. Disappointments knocked again the next day when SoundDock started to get cranky and stopped producing sound. To the rescue was the girlfriended Jaejay Po (car conversations are always great and uniquely Manny-Jaejay-kind-of-blabber).
Posted by Manuel Pangaruy, Jr. at 10:16 AM