I Still Know What I Did Last Two Weekends 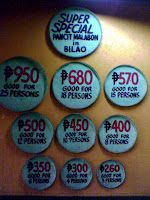 Two weekends ago, I was at Bob's for a vain photo-op for my new passport. Ages ago, I had my first passport pic taken from the same studio. Don't ask me for a copy of it cause you might mistake me for, hmm, never mind. Anyway, I will be having my third passport soon and what a way to celebrate it by revisiting Bob's. They now charge P600+ for a dozen copies of passport photos (the travel agent will be needing five for the renewal). There's nothing fancy with the whole experience. Nothing has really changed much except for the fact that the process is now digital. 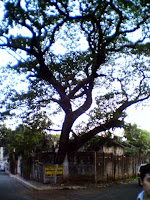 From there, I got a bilao of Pancit ng Taga-Malabon then took a cab to Titus Brandsma Media Center for a simple Christmas gathering and the usual film showing. We were only eight in the room then. I caught "Les Choristes" halfway and finished the next film, a Japanese melodrama entitled "One Litre of Tears". Had some ice cream, pancit and soda. Call it eat-and-run but at 7pm, I was already at GB3 catching "The Golden Compass". 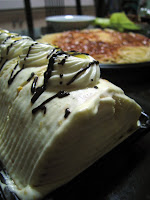 Sunday. A Christmas Party was held inside the boarding house with none other than, my housemates! Seven party people in the cute (read: not so big, not so tiny) living room with lots of food, videoke and kris kringle. I had two bottles of SMB Light and I received a black and sleek Esprit umbrella (ella, ella, ella). 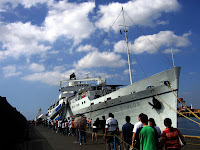 Last weekend, I got up early and took a cab to MV Doulus or more popularly known as "the floating bookshop". It was a sunny Saturday and the heat was unusually energy zapping for mid-December. I alighted at the port area's Gate 1 (just near Manila Hotel) and walked my ass off to the entrance of the ship. At 10am, I was already browsing through the books and ended up buying a diet book (!), a Bible story in manga (aptly called "The Manga Messiah"), a world map, some postcards and a cap. Right at the exit, some books were being given out for free (mostly inspirational). I was informed that this is going to be the last visit of the ship.

I was at World Bazaar at World Trade Center by lunchtime. It was a, err, a bazaar. Very Greenhills but less chaotic. The first thing that I did was get a fix of Korean pancit (sold by three Korean gals in a hypnotic Korean-English accent) and Lipton Green Tea. Stall by stall, I managed to check out the stuff they're selling: from laptray (cushion attached to a tray) to ammunition to ABS-CBN shirts and Lastikman apparel. There's a special section called "Celebrity Village" where local celebs had a chance to rent a space and sell their wares (KC Concepcion, Andrea del Rosario, Juday and a lot more). Don't worry, they're not present on that day. I left the place with only one piece of new shirt. 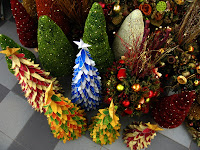 The rest of the afternoon was spent with getting an Avenue Q shirt at RCBC Plaza (Juday and Ryan Agoncillo just got in, I saw them), fetching my passport pics and a newly acquired John Lennon - Imagine woodmounted poster from Frame Plus (I got the poster from Odyssey) and some quicky shopping at SM Makati. In the evening, I was about to go to Ateneo to catch Glen Mas' "Death of a Memory" but the Christmas traffic hindered me from doing so. I just stayed home and, well, slept.

Nothing much last Sunday. The highlight could be the first Simbang Gabi and a hearty early breakfast with bibingka and puto bumbong. At 11pm, my roommate and I were already cruising along Burgos, looking for a bar that would treat us with a live via satellite Chelsea vs. Arsenal game. Too bad, we didn't catch any. Frustrated, we just went to Top Grill along Jupiter for a couple of beers. Hours later, bad news reached us. Chelsea lost, 1-0. Damn! Oh well, Manuel.
Posted by Manuel Pangaruy, Jr. at 8:53 AM