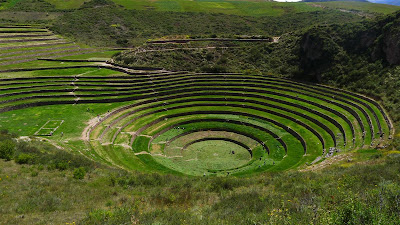 I woke up ahead of my celfone alarm clock. It was more than eight hours of sleep. I raised the curtain beside my bed in Hostal Iskay (a glimpse of the area here) and I was greeted with some chirps. A huge mountain was at a distance, returning my glance. It was a beautiful morning, so serene and freeing. The night before, we didn’t have any idea that the hostel was this relaxing as the driver who picked us up from the train station took a dusty road. Breakfast followed suit: hot scrambled eggs, bread, jam, cheese, ham, a kind of cereal that looks like rice crispies, fresh orange juice, fruits, coffee, tea and of course, coca leaves.

There was a minute mishap with the ATM at Hotel Sauce near the main square but that didn’t stop the fun. It was supposed to be our anti-fatigue day. We rented a car that would bring us back to Cuzco airport and we will be having some stops along the way. Everything went well as planned except that we were delayed for an hour. The hotel staffs headed by Cristina were very helpful and very understanding. We availed of the “box lunch” to make us of our limited time.

At 10am, we were already on our way to one mountain peak overseeing the Sacred Valley (see a 360-degree video here). Our guide Jose (yes, we also hired a guide) mentioned that the Sacred Valley is called as such because of the Sacred River with a shape similar to a constellation. The view from there was nice and the weather was just cooperative. Then we went down on our next stop which is the archaeological site in Moray. It’s a place used to experiment plants that suit to a particular temperature. In a glance, it looks like an inverted Banaue rice terraces. The deeper the plant can get, the colder it gets. A really clever experiment, I should say. Going to the bottom and back reminded our legs of what we’ve done in Wayna Picchu. 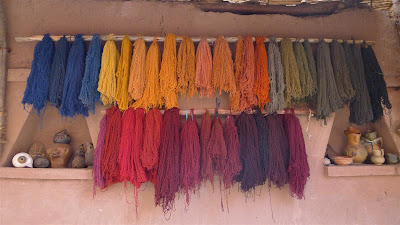 Our last stop was at Chinchero. We passed through fields and fields of barley and wildflowers, at times dreamy. I finished my lunch during that trip which includes two sandwiches (which we shared with our guide and the driver), an apple, an orange, cookies, candies, a peach juice and a bottle of water. Chinchero is a small village with some stores that sell hand-woven textile similar to those we can find in Baguio. In one store where Jose brought us, there was a short recreation on how the garments are made. It’s a fascinating demo. We learned from it that the colors itself are organic, either from an insect or from fruits like lemon. I ended up buying some bracelets and a winter scarf.

There's a video here and here on the textile-making demo.

We left Peru at 4pm past. That’s after having a nice chitchat with two other fellow Filipinos Dean and Dang at the airport lobby and at the gates. How come I wasn’t surprised that we will be meeting a “kababayan” in places like Cuzco? We shared stories on Machu Picchu, about backpacking and how to save up more in trips like that. Of course, we parted ways after having a group picture and exchanging Facebook accounts.

The rest of the pics here.
Posted by Manuel Pangaruy, Jr. at 9:55 PM