The Abacus of an 8-Stop Binondo Food Trip 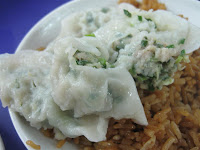 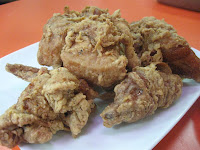 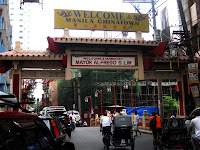 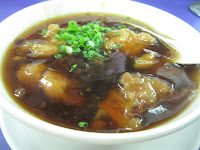 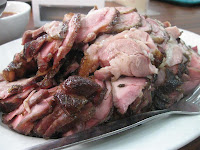 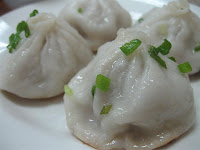 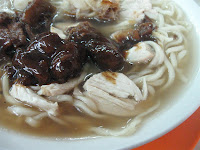 We met up at Binondo Church for one obvious reason: it’s easy to locate. Not everybody was on time though so the early birds headed to the first stop then just waited for the rest to come. Charmaine Muya and Jon Lim, Kath, Mark and Jaejay’s friends, served as our manang/manong guide (complete with that umbrella as flag). The only strategy we had was to group ourselves into four or five which worked especially when sharing food and the bills (for instance, the amount below is based on our share from a four or five-man team).

Game plan: 11 stops but we ended up with just eight (either close or no space for a big group). Out of it, I can’t single out any dish. I guess they are all equally good (I swear).

As for your reference, below is the map of our stops: 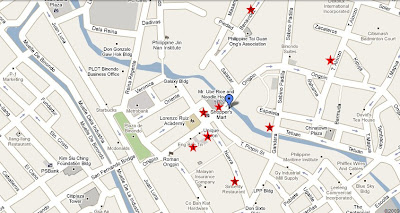 We were pretty much walking in the same vicinity so if you’re going to suggest this to friends, no physical preparation is needed (except of course for emptying your stomach). Tips: hmm, aside from grouping into four or five, bring a Chinese-speaking friend for smoother dealings and the like, preferably somebody who’s familiar with the area. Also, if you’re photo-documenting the experience, just be a little polite and ask first if it’s fine with the restaurant or store owner to take pictures.

Total bill: P288.50. But it was worth it. On personal note, the time we reached our sixth stop, we were already full. It just happened that the food was great and the walking helped a lot. More pictures here.

At around 3:30pm, we wrapped up and called it a day. On our (Team Jaejay) way home, we stopped by in front of the Post Office Building in Lawton, explored Liwasang Bonifacio and tried to cross the Quezon Bridge for a better view of the Pasig River. It was a perfect dessert. More pictures here.
Posted by Manuel Pangaruy, Jr. at 6:59 AM