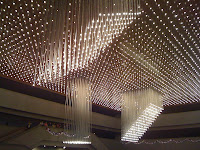 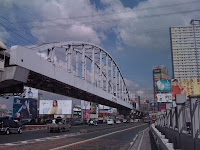 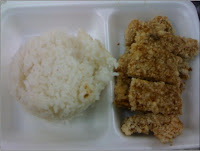 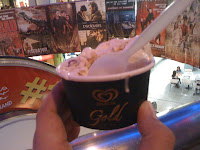 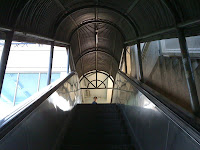 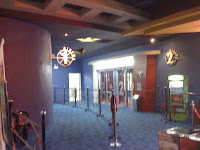 1. PICC Chandelier. It’s always a joy to marvel at this wort of art, a reminiscent of Manila during its cultural revolution;

2. The Bridge. Finally, I conquered to pass through the Guadalupe Bridge on foot. It felt a little unsafe due to the busses but it was fulfilling. The view of the Pasig river from there is for the books;

3. Chicken Chop. While waiting for the box office to open at Robinsons Place – Pioneer, I was enticed to try this chicken chop in one of the stalls nearby. The sign says “Taiwan’s Famous Crispy Chicken Chop”. Verdict: nothing special with the meat but the original seasoning saved the day;

4. Robinsons Place Cinema. A bit blurred but this theater in Pioneer reminds me of a small American downtown cinema. Nothing extraordinary with the establishment though but the toitets are clean and the seats are decent enough;

5. Escalator. No significance whatsoever but I like the natural light. This one’s heading to MRT station in Boni;

6. Vanilla Ice Cream. The best things in life are indeed free. This cup of Selecta Gold ice cream was redeemed at Glorietta 4 cinema, for every movie ticket, on my way to watch “Bad Lieutenant”. I had another cup for “Fantastic Mr. Fox”;
Posted by Manuel Pangaruy, Jr. at 10:19 AM