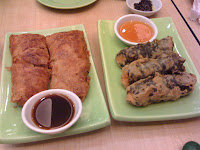 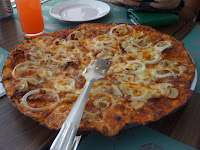 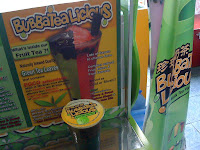 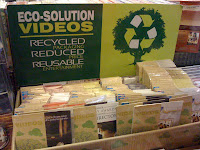 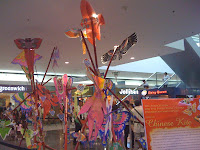 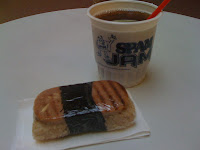 1. Luk Yuen. It was college days when I first got hooked to this Panfried Pork and Shrimp Roll. I don’t remember it this salty (must be my attempt to low-salt diet) but I can say that it is still good. I always paired it with machang but since it’s too heavy now for me, I opted to Seafood Roll Wrapped in Japanese Seaweed;

2. Twice Cooked Bacon Pizza. Ordered at Jed & Julian’s at The Fort and shared with office lunchmates. It’s probably one of the best thin crust pizzas that I tried;

3. Bubbatealicious. Tried this milk tea drink at one of the stalls in SM Mall of Asia. As the claims say, it’s healthy. But personally, it got my attention with the sound of the store;

4. Spam Musubi. Spam Jam mentions that it’s a popular dish in Hawaii. By the taste of it, I wouldn’t contest the claim;

5. Kite Fest. There’s this display in SM Mall of Asia that says “Chinese Kite”. The exhibit’s a little messy but at least it got me to take a photo of it;

6. Eco Music. It seems like the pro-environment campaign is hitting the record stores as well. Best part is that the price is reduced as well. Kudos to whoever thought of it;
Posted by Manuel Pangaruy, Jr. at 9:13 PM