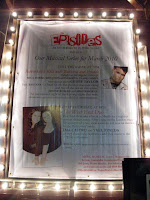 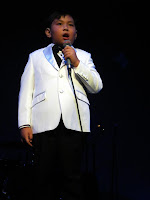 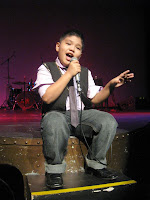 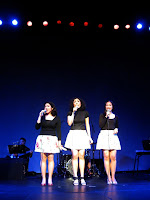 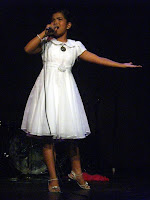 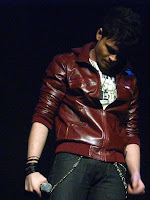 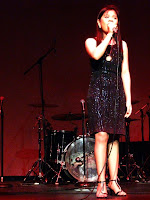 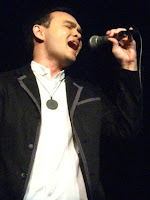 Thursday last week, I went to Music Museum to attend a small concert simply called Episodes. It was organized by a group with the same name. Affiliates include Pinky Marquez, Jenny Villegas who I last saw in the restaging of “Rent” and my friend Victor Felarca who handles talents. The program I got mentions that the group was formed during the onslaught of typhoons Pepeng and Ondoy and the aim is mainly to stage shows “that will highlight underrated Filipino talents”.

Before the show, there was this awkward product presentation from one of the major sponsors. It’s for Fusion Excel Quantum products with Cory Quirino as the main endorser (as printed at the back of the program). The whole demo took at least 30 minutes, a struggle for me watching as the speaker discussed about the mobile phones’ health risk, blah-blah-blah. Accordingly, their stuff absorbs the radiation. A member of the audience, a guy on his late 50’s, volunteered to somehow confirm the claim. He, for the lack of word, cinematically attested that the material/element they are selling boosts balance and endurance.

Now, on with the show.

Aside from the venue and the template concert lights, there was nothing grand with it. The repertoire was simple: one performer comes out and renders two or three songs (including a duet with co-performers).

Kris John Gonzales opened the show and raised the bar with a breathtaking rendition of “Pie Jesu”. Followed by an Italian folk song about funiculars then capped his set with “Climb Every Mountain”. He is just a kid, by the way (a kid in white tuxedo, to be exact). Another child performer followed suit, providing a Charlie Green-like set of standards like “Breaking Up is Hard to Do” and “Someone to Watch Over Me”. His name is Clark Gamul.

A jazz trio of young pretty ladies called Baihana (from UP College of Music, I was informed) had their turn. In the middle, the tallest among the three is Krina Cayabyab and, you guessed it right, she’s Mr. C’s daughter. They sang “Tea for Two”, “Boogie Woogie”, “Rock with You”, “Yakap sa Dilim” and more. I’m an instant fan.

Migs Ramirez (“Somewhere” and “Paraisong Parisukat”) is probably the Erik Santos of the show while Janine Robles (“Wind Beneath My Wings”), the Sarah Geronimo. Together they sang “Kung Ako’y Mag-aasawa” and “The Prayer”. Geoff Taylor, the grand male champion of GMA7’s “Are You The Next Big Star?”, was next singing “Perfect” and “I Got a Feeling”. He was later joined by the “little big star” Mica Torre with “Bring Me to Life”. The ensemble topped it with “Angels Brought Me Here”.

Verdict: there are a lot of great talents here in the Philippines and I believe most of them remain untapped. Here’s hoping that this small concert get a bigger space and more deserving recognition.