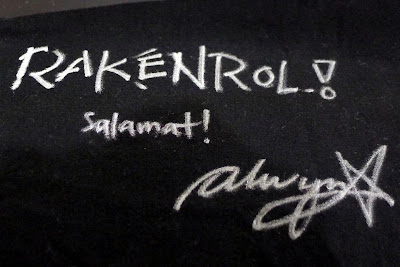 Accomplished last October 5 during the taping for TV5’s “Sa Ngalan Ng Ina”. Alwyn, for me, is one of the country’s finest young actors. That’s probably attributed to his training as a child actor who did support roles for the likes of Vic Sotto, Jestoni Alarcon and Redford White to name a few. I started revisiting his early works after watching his career turning indie film “The Leaving”. I do keep a regular email exchange with this dude and from what I can conclude from there, he’s the most appreciative actor I know.
Posted by Manuel Pangaruy, Jr. at 8:53 AM