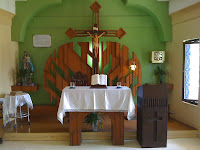 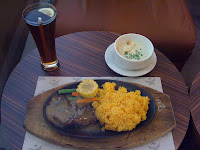 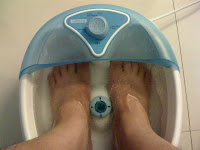 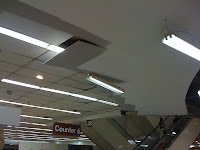 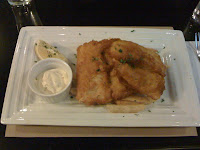 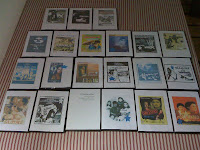 1. Green Chapel. In Lucena United Doctors Hospital. It’s my first time in years to attend such a solemn (and humbling) mass celebration in this small chapel;

2. Aussie Steak. Tried this steak in SM City – North EDSA’s Kangaroo Jack. Surprisingly, the price range is relatively cheap, a little similar to those from food court stalls. I don’t remember what I ordered but it’s just OK;

3. Xiamen Foot Massage. While killing time for a film, I found this wellness place in SM City – North EDSA Annex called “Be In Tune”. Since I was already strolling then for more than an hour, I tried their Xiamen foot massage for 30 minutes for P260. It’s relaxing as expected and deserves another visit. Too bad the mall is far from my place;

4. Pinoy Pirata. A friend tipped to me about a stall in Quiapo that sells Filipino film classics for P25 (sans the case). I understand that piracy is bad but this one’s slightly different. Unfortunately, these films do not have any available digital copy yet in the market. Until just recently when one Good Samaritan started to archive films from VHS and the like. I got a rare copy of Chito Roño’s “Private Show”, Gerry de Leon’s “Banaue”, Lino Brocka’s “PX”, Ishmael Bernal’s “Galawgaw” and a whole lot more;

5. Fish & Chips. After the Sam Milby – Anne Curtis film’s presscon, we headed to Wicked Kitchen just opposite the ELJ Building. It’s very much known for a yummy cookie dessert but I had their fish and chips for the main course. It’s just OK for me;

6. Landmark. I think it’s been ages since I last passed by this other department store in Makati. An ongoing make-over is evident in the ceiling so I made sure to document it. Sooner or later, the store will be very much beaming with that all-new interior. I can’t wait;
Posted by Manuel Pangaruy, Jr. at 9:40 PM