Pussycat, Pussycat, Where Have You Been? 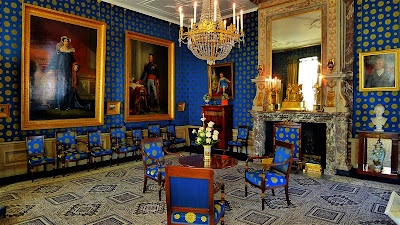 Before lunchtime two Thursdays ago, I got a word that my onsite assignment will be cut shorter by a month than initially laid out. Being in the same line of work for a decade now, the news was not new to me. In fact, my very first “foot soldier” assignment in Paris back in 2003 was also trimmed down from three months to disheartening 19 days. I remember being so regretful then of weekends that I just stayed in the apartment in Rue Alfred Stevens in the heart of Pigalle’s red light district. I should have explored Provence or Belgium on any free weekend. My only consolation then was experiencing the real Fête de la Musique on the eve of my flight back to Manila. Charge everything to experience so to speak. For this return engagement in the Netherlands, and after 10 fruitful years of memorable business trips (this is my 6th), I have to admit that my left toenail is still screaming “too soon”.

On the weekend of the same week, I decided to go out and, as they say, smell the flowers. And what a way to seize it by visiting Paleis het Loo which once became the residence of the Dutch royal family (including the queen whose birthday is being celebrated every 29th of April, now known simply as “Queen’s Day”). It’s just a block away from the hotel where I am staying and it would be a shame if I don’t visit it before I head home.

Fortunately, it was Museum Weekend on that sunny spring weekend. That means extra loads of visitors and on the winning side, a cheaper entrance fee (from EUR 14.00 / PHP 751 to EUR 5 / PHP 268). It was already 2pm when I reached the place. I was eyeing for the armoury which opens at 1pm so I decided not to come as early as the palace’s opening hours (10am, I guess) because I might end up killing some extra waiting time.

Starting from the obelisk (which, at one point, became a reminder of a failed attempt to assassinate the queen on a Queen’s Day some years ago) in the intersection of Loolaan and Zwolseweg. I went to the tree lined path on the left and found my way locating the ticket booth in the stable area of the palace. It’s actually not easy to find as it is closer to the parking area than to the stable and the nearby cafeteria. It was a bit busy in the ticket room but never a hassle. From there, I walked to the stable which also displays some items relating to the royal family’s means of transportation from horses to cars used for some state visit. At the end of the hallway is a recreation of a horse carriage for Queen Wilhelmina’s funeral. By the way, it would be best to find this area first before proceeding to the main palace as the other building doesn’t sell any ticket. 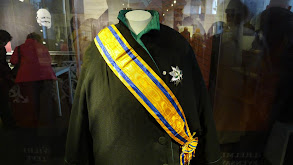 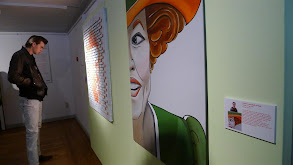 Speaking of queens, I suddenly remember the first nursery rhyme that I memorized and recited in kindergarten. It went something like “Pussycat, pussycat, where have you been? I’ve been to London to visit the queen”. For this case, I went to Paleis het Loo to visit the place where the Dutch queen(s) once lived before they moved to another residence somewhere close to Amsterdam some years ago. The west wing of the palace, for instance, houses Queen Wilhelmina’s stuff during her last stay on the first floor and different portrait interpretation by some young artists (Andy Warhol included) of Queen Beatrix on the upper level. The latter is the reigning queen and will hold her title only until the upcoming Queen’s Day as she’s about to pass her throne to her son.

The east wing of the palace is also called the armoury which, as it suggests, contains anything military (medals, war gears, etc.) and some collection from Mauritshuis in Den Haag (on display until next year). From there, I had to go back to the palace’s front yard. Both west wing and east wing, and the main building in between have no connection. They may have some audio tour options but I did not avail of it. At this point, at around 4pm, Josh came on board and joined me for the rest of the tour and maze of royal rooms (bedroom, toilet, reception room, study room, children’s room and more). We didn’t get the chance to explore the Versailles-inspired gardens further because of the time but we saw it from the palace.

I posted some pictures here and here to document the museum tour.

After some hours of getting cultured (with our nose already bleeding of too much art and affluence), Josh and I headed to Oranjerpark for a small weekend fair. It was about to close. Some shops were about to fold up except for the beer corner near the park’s central gazebo. It was one hell of a sunny Sunday and all I deserved that time was a nice strawberry ice cream from the little girl who sold it for a Euro a cone.

Pictures of the side trip here.
Posted by Manuel Pangaruy, Jr. at 5:24 PM