Inspired by the Top 10 Spots for Film Buffs by spot.ph, I made an itinerary for the other four places that I haven’t visited yet from the list. Plan was to finish all the stops in just one day, as I have allotted the succeeding weekends to other events. And so I seized the day jumpstarted with a tall lemon hibiscus from Starbucks, commuting from LP Leviste St. to Rosario Drive, Maginhawa St. and Tomas Morato St. in Quezon City. 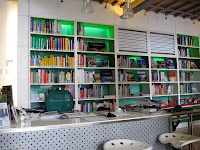 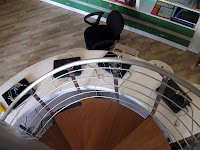 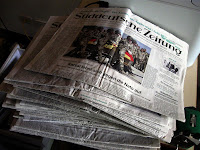 Agenda is to get access to their library, specifically to their collection of films on DVD. I reached the place at 11:30am and there I met Ms. Alice who works as librarian. Registration fee is at P500 each for adults (and P300 for students). A 1x1 photo is required but since I didn’t bring one, Ms. Alice just scanned my SSS ID and cut the photo from the copy. I politely asked for some Fassbinder films and I was provided with a handful (I am allowed to borrow two DVDs only though for a week). Left the place at 12pm past with “Lola” and “Die Ehe der Maria Braun” inside my little red backpack. 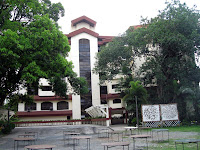 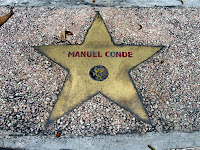 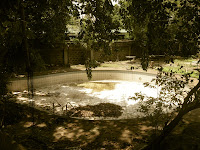 As mentioned in spot.ph, the institute conducts tours for a group of students during weekdays. Since I can only go there during weekend, I planned to just take a picture of the signage and leave. But of course it didn’t stop me from asking the security officer to at least explore the area. On the right side of the sizeable lawn is the Paradise of the Stars, a project of Kuya Germs with some stand-ins, mostly of Kapuso stars, put up in the area. Beside it is a sad and empty swimming pool, metaphorically paraded with movie posters from a forgotten past. 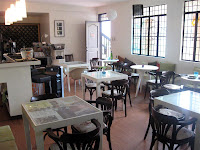 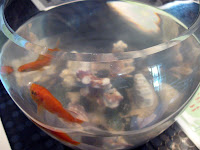 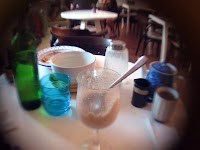 Third stop is a restaurant that has this artsy atmosphere. Some CDs and DVDs are on sale as well as shirts printed with some art work. As far as the buzzes I got are concerned, the place is also known for good and healthy food. So I ordered for kalabasa soup (with cashew and mint), adobo flakes pasta (a must-try!) and green tea with honey. For the dessert, I had a homemade lychee ice cream which is so worth a second visit. I spent roughly P360, a bit expensive but for me it’s worth it. Just a note, next weekend, there’s a car park screening of Jean-Luc Godard’s “Breathless”. 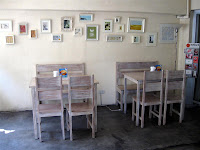 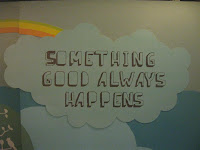 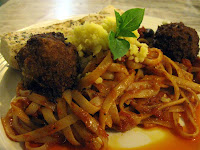 Fourth and final stop is similar to Blacksoup, artsy ambiance with Papemelroti-sh interior and some nice art pieces. They also screen films on some occasions. The resto has a section for open space (probably for smokers) and an air conditioned one. Since I was full already when I reached the place, I just ordered chicken meatballs pasta and coffee jelly for dessert (which I both finished surprisingly). I was the only customer that time (I think it was 3pm-ish) and it looked like I own the place. My bill’s at around P250.

I was home at 4pm. My rating: two thumps up, a masterpiece, fulfilling. More pics here.
Posted by Manuel Pangaruy, Jr. at 7:43 PM