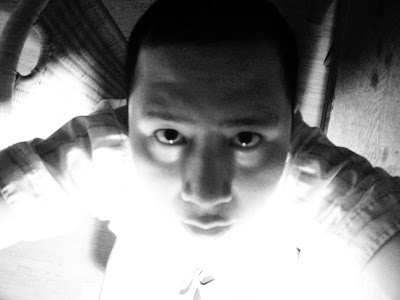 Out of the blue, inatake ako ng rhetoric. Ewan ko ba, kung kelan naman ako nag-attempt magtrabaho sa bahay, tsaka naman ako ina-anxiety attack. I find it fun to put the words “rhetoric” and “anxiety” in the same pigpen. (Well, the two words are not even in the same league, one is an adjective, the other, a noun, I suppose).

Some things to consider: I am on my nth Dutch night here in Utrecht. Yeah, alone and for years, loveless (fuckless, whatever). Nothing suspicious about the night. Same old, same old. It’s springtime and it has been raining for quite some time now. Para akong nasa Pinas. Mismo.

Hmmm, what else? I just had five or six slices of paprika chorizo (which I cooked all by my lonesome) for dinner. Nothing with the ingredients, I guess. The taste wasn’t funny at all.

Another factor: I just read a graduation speech written by my friend/officemate a year ago for his highschool and he asked me to read it and perhaps comment on it. The content is still impressive. He “talked” about time being a relative entity. Very “Rent”. At the same time (sorry, I have to use “time” again), I was playing Windows Media Player on my laptop with the great, the noble, the earthly (cliché, ‘no?) Chynthia Alexander in the helm. (But now, it’s Christian Bautista. “… there’s something in the way….). Yeah, right.

So this is it. My rhetoric anxiety, the nth version (unleashed or digitally remastered). I don’t bother analyzing the effects but as far as I know, I love the feeling. It makes me alive and very guwapo (especially on a Sunday). It’s my system’s equivalent of clicking on View – Refresh.
Posted by Manuel Pangaruy, Jr. at 6:55 AM